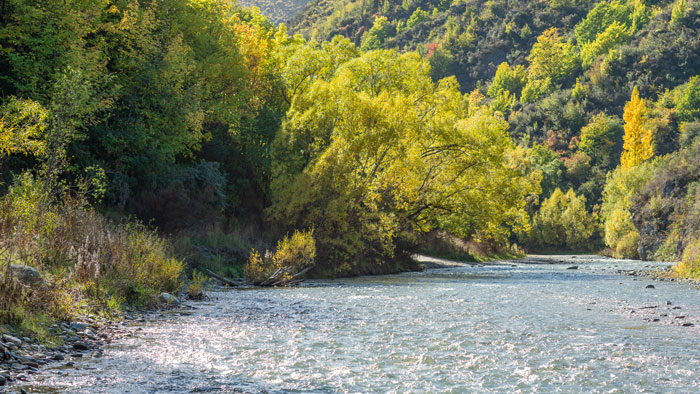 Arwen saves Frodo from the Nazgûl by invoking a flood. This site was used to film the shallow water scenes. The wider shots were filmed in Skippers Canyon.

Click the image to toggle between the original and a colour-graded version that matches the actual film scene.